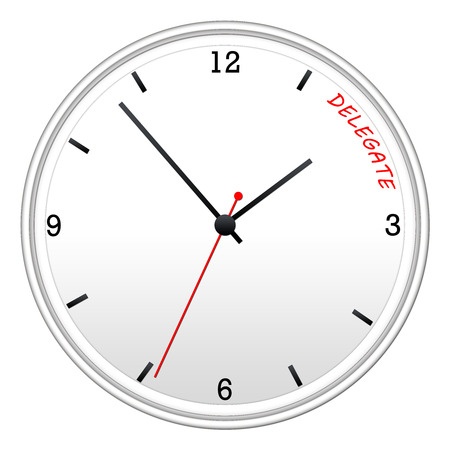 When I established my practice for general dentistry some thirty-seven years ago, I served as my own hygienist for a period of time. My rationale was simple: I didn’t have enough patients to warrant having a hygienist on staff, and providing each new patient’s initial preventive care enabled me to better get to know them. It wasn’t until I finally realized that patients were waiting a week or more to schedule recommended restorative services that I brought my first hygienist onto the team.

Delegating all preventive services to my new teammate not only freed me to do those things that only I could do, but it also facilitated our ability to provide basic periodontal services as well, thus expanding our service menu and increasing profitability. Clearly that decision early in my career was one of the very best I ever made, and probably should have made it sooner!

Chuck Blakeman, noted author, ultra-successful businessman, and CEO of The Crankset Group, lives by a simple mantra. For each of the organizations he’s launched, and for each of the many roles he’s played, he asks himself two questions: “Is this the highest and best use of my time? And, if not, how can I do this for the very last time?” In other words, hire, train, and delegate!

As clinicians with little formal business training, we often miss the big picture, but rather dwell on the minutia of our daily tasks. We simply don’t think like the small business owners we are, and frequently fail to invest in our team members’ training! In today’s increasingly competitive marketplace, it’s critically important that we empower our team members to succeed, and to delegate appropriately.

The next time you find yourself in the lab trimming a temporary or reglazing a crown, think about Chuck Blakeman’s questions. Is that really the best use of your time, and are you doing those tasks because you think you’re the only one who can really do them well, or have you simply failed to provide the proper training for each team member so that such tasks can be delegated? 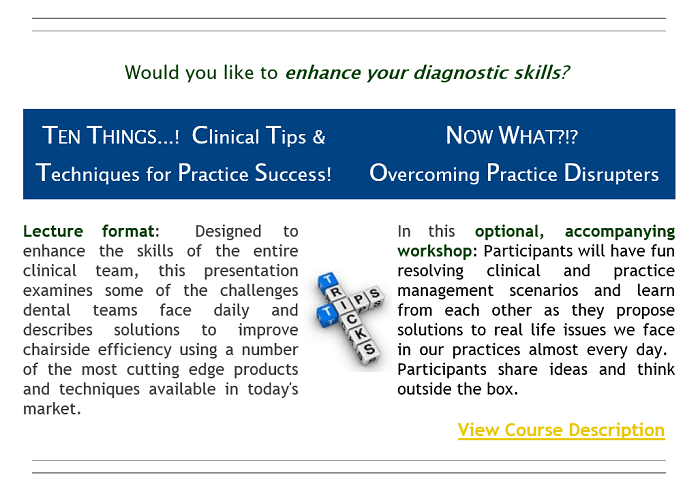 “He was so learned that he could name a horse in nine languages;
so ignorant that he bought a cow to ride on.”
Benjamin Franklin